ANNUAL CITIZEN OF THE YEAR AWARD

Every year the Town of Falmouth honors an individual who has made an outstanding contribution to the municipality through the Citizen of the Year Award. The award acknowledges exceptional contribution to the community and positive examples of citizenship. 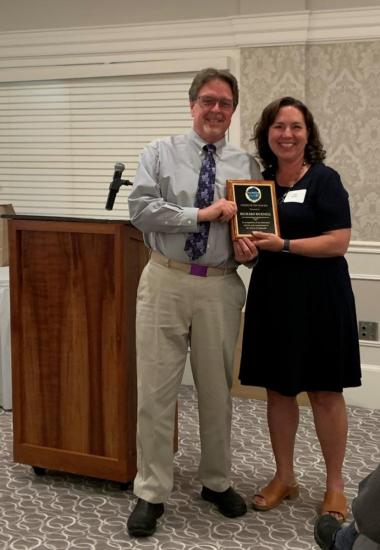 On Tuesday, June 22, the Town of Falmouth held its annual Municipal Recognition Ceremony in which outgoing Town Council Chair Amy Kuhn presented Falmouth's 2021 Citizen of the Year Award to Richard Bicknell for his dedicated public service to the Falmouth community. The award, established in 1964, acknowledges exceptional contribution to the community and positive examples of citizenship. Bicknell graduated with a degree in Environmental Science from Unity College in Maine. For most of his career, he worked as a park ranger in California where he and his wife lived for many years before settling in Falmouth in 2017. “In a relatively short time, Ranger Rich, as he is fondly known, has become an active and engaged resident in our community,” said Kuhn, upon presenting the award. Passionate about the environment, Bicknell currently serves as Vice Chair of the Conservation Commission and as a member of the Recycling and Energy Advisory Committee. His work on the Conservation Commission included drafting Falmouth’s Pesticide and Fertilizer Ordinance and helping Falmouth to achieve its national designation as a Tree City. Bicknell also regularly volunteers as an election worker, manning the polls from opening to close. “Rich’s commitment to Falmouth is clear in all these efforts,” said Kuhn, “It’s fitting that we honor him with this award.” 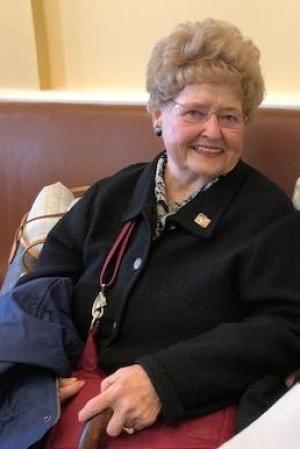 In addition, Councilor Kuhn presented the Legacy Award to Carol Iverson Kauffman. The Legacy Award recognizes residents of Falmouth whose volunteer efforts have contributed to the improvement of the community’s civic, educational, recreational, and/or charitable organizations over a period of many years and whose contributions have left a legacy for future residents of Falmouth. Kauffman, a fourth-generation resident of Falmouth, is a graduate of Falmouth High School and received advanced degrees in Nursing. She worked as a nursing educator in Pennsylvania before returning to Falmouth upon her retirement. Since that time Kauffman has served in leadership roles in the Falmouth Congregational Church (as a Faith Community Nurse), Falmouth Historical Society (currently as a board member and in past roles as Treasurer and President), and OceanView at Falmouth. She has served on numerous Town Committees including Falmouth Senior Citizens Committee, Falmouth Wellness Committee (as Vice Chair), and she played an integral role in the Falmouth Tercentennial Committee. Carol’s dedication to preserving Falmouth’s history is well-known. As President of the Historical Society, she oversaw the publication of a pictorial account of Falmouth’s history in 2009, one of only a few historical books about Falmouth. “She is widely known as a community treasure,” said Kuhn upon presentation of the award, “and we are so pleased to honor her lifelong commitment to Falmouth.” Kauffman is one of only three recipients of the award. Bob Shafto and David Halligan, Sr. have also received the honor.

Citizen of the Year Past Recipients